The 2019 NFL season came to an end with Patrick Mahomes and the Kansas City Chiefs being crowned Super Bowl champions. A month before that, the 2019 NCAA football season wrapped up with Joe Burrow leading the LSU Tigers to a national championship. In past years, this would mean that American football was on hiatus until August. But there’s a new professional football league in town – the XFL.

Perhaps you caught a glimpse of an XFL game on your television or social media feed and are wondering “what is the XFL?” Or maybe you are already a fan of the new football league and are curious about where you can find XFL odds and XFL sportsbooks to place bets on the action. In this XFL betting primer, we’ll go over the basics of the league, the XFL rules that make the league unique, and some XFL betting tips to get you started.

Let’s start with the XFL basics by answering these five frequently asked questions.

Who owns the XFL? 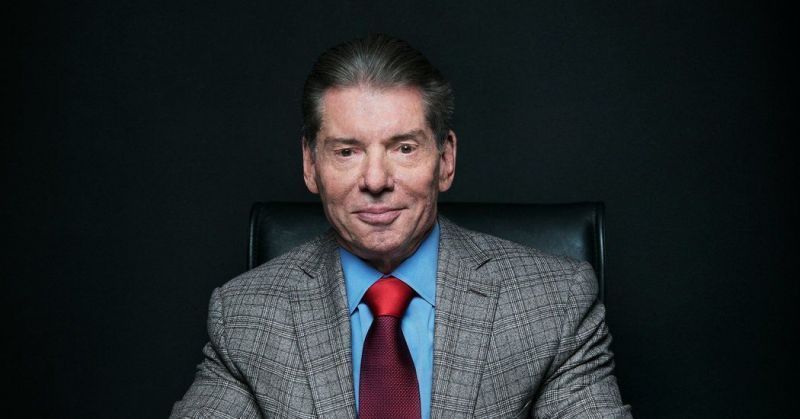 Vince McMahon, owner of the World Wrestling Entertainment (WWE), is the owner of the XFL. He also owned the ill-fated 2001 version of the XFL that was canceled after one season.

Who runs the XFL? 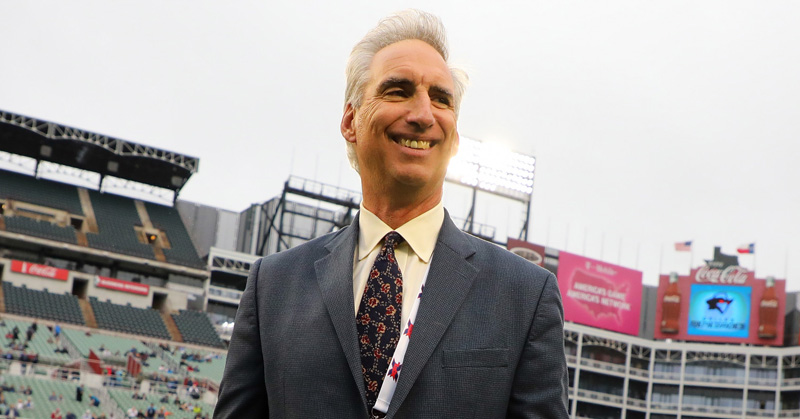 What does XFL stand for?

Interestingly, the “X” doesn’t stand for anything. Some believe it stands for “eXtreme”, but McMahon has denied this and says that the X has no meaning. He once joked back in 2001 that if the NFL is the “No Fun League”, the XFL is the “Xtra Fun League”.

How many XFL teams are there?

There are eight XFL teams with their own unique XFL jerseys and XFL logos. These teams are the:

Are there any well-known former NFL or NCAAF stars in the XFL?

All eight of the XFL’s teams are run by a coach who also serves as the team’s general manager. The highest profile coach in the league is Bob Stoops (Dallas), who went 190-48 with one national championship and 10 Big 12 Championships in 18 seasons as head coach of the Oklahoma Sooners. Other well-known former college and pro coaches include June Jones (Houston), Jim Zorn (Seattle), and Marc Trestman (Tampa Bay).

One of the biggest storylines in the XFL was the reuniting of Bob Stoops and quarterback Landry Jones, as the two shared a good deal of success at Oklahoma together from 2009 through 2012. Jones had 16,646 passing yards and 123 passing touchdowns in his four seasons at Oklahoma and also played in the NFL as a backup to Ben Roethlisberger at the Pittsburgh Steelers. Other notable XFL players include:

How long does the XFL season last?

The XFL begins immediately after the NFL season ends. The regular season is 10 weeks long and will be followed by two weeks of postseason, with four teams playing down to a championship game. Here’s a look at the complete XFL 2020 schedule:

Key differences between XFL and NFL

After seeing the XFL fail dramatically back in 2001 trying to turn football into a pro-wrestling style spectacle, Vince McMahon is attempting to run the XFL more like a legitimate football league this time around. This shows in the rule changes that the league has made, some of which might even be adopted by the NFL some day. These XFL rule changes are both interesting and impactful on XFL line betting when compared to NFL betting.

Major rule changes in the XFL

Kickoffs: One of the most jarring visuals for NFL fans in the new XFL comes on kickoffs, which see all of the receiving team’s blockers lined up at their own 30-yard line and the kicking team’s attackers lined up at the 35-yard line just five yards apart. Only the kicker (still lined up on the other side of the field) and the returner can move until the returner has caught the ball (or it has been on the ground for three seconds); this ensures more return opportunities and less of the dangerous big hits that occur from special teams players running down the field during NFL and NCAAF kickoffs.

Punts: There are no gunners allowed in the XFL as all players on the kicking team must remain behind the line of scrimmage until the ball is kicked. Punts that go out-of-bounds are treated as a touchback and brought out to the 35-yard-line. These rules are designed to create the opportunity for more exciting punt returns and to incentivize teams to go for it on fourth down. 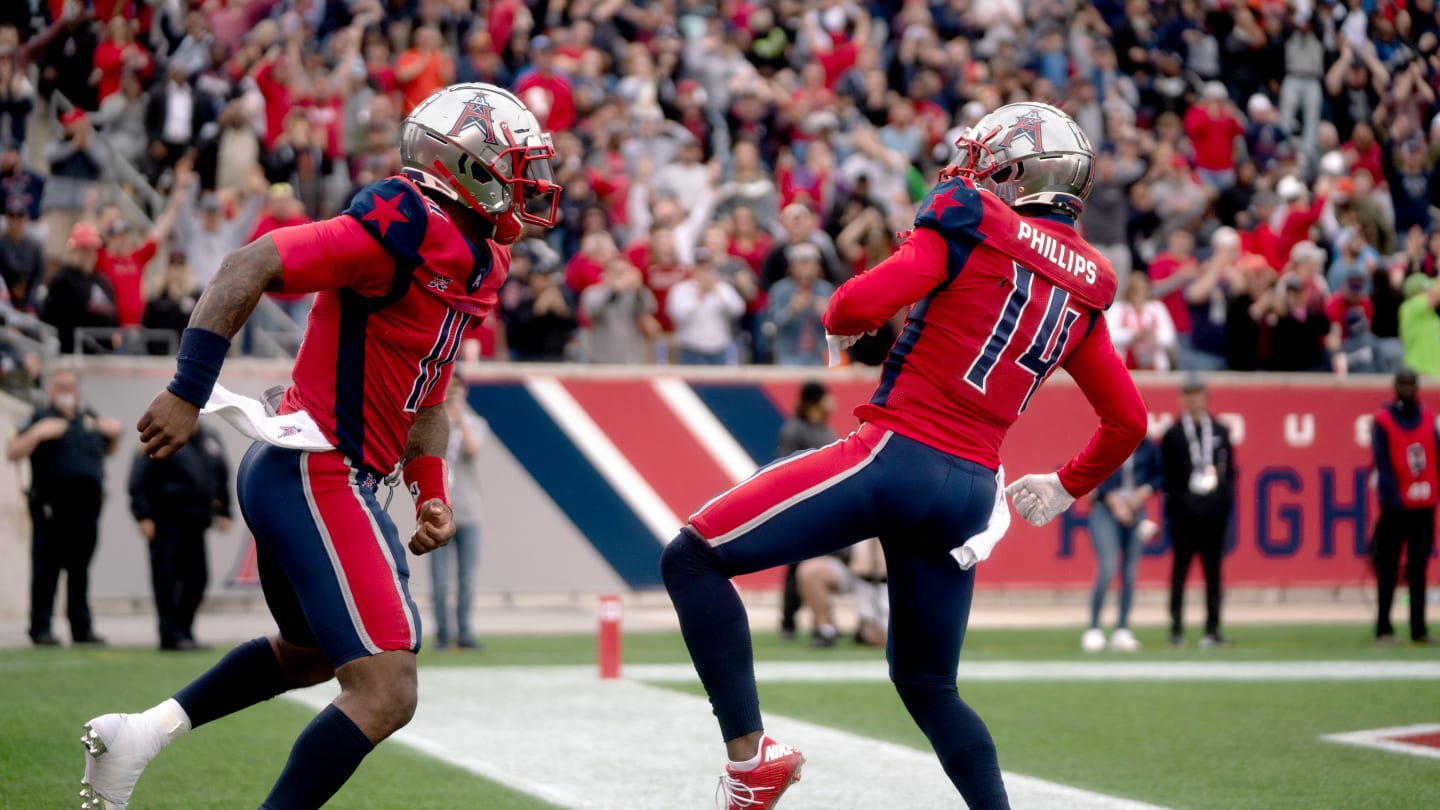 Clock changes: In an attempt to speed up the game, the XFL has a 25-second play clock and a running clock that only stops on change-of-possessions outside of the two-minute warning. XFL teams are also only awarded two timeouts per half instead of three.

Overtimes: If an XFL game goes to overtime, it will be decided by a five round “shootout” of two-point conversions. Both offenses and both defenses will be lined up against one another on each side of the field at the five-yard line and take turns running plays until one team has clinched the best-of-five victory. If there is no winner at the end of five rounds, the teams will run plays one round at a time until a winner is decided.

Legal double-forward passes: As long as the ball is still behind the line of scrimmage, a player receiving a forward pass is still eligible to throw another forward pass. This encourages more trick plays and eliminates the need for the original play to be a lateral to keep the option of a pass alive.

Despite the major rule changes, final scores in the early stages of the inaugural 2020 XFL season have looked fairly similar to those seen on NFL Sundays; the first two weeks of the season produced an average of 37.8 points per game, about eight points lower than the 2019 NFL season’s 45.6 points per game.

This number is sure to fluctuate as teams adjust to the league’s new rules. But it makes sense that the XFL rules in place to speed up the game will off-set some of the rules designed to increase scoring, potentially leading to lower-scoring games overall.

So while XFL totals bettors may want to keep the league’s early trend towards low scores in mind, XFL spread betting looks to be fairly in line with what NFL spread bettors are used to. The XFL is encouraging betting with point spreads and totals listed right on the broadcast; how can you get in on the action?

Where to bet on the XFL

Fortunately, most reputable New Jersey sportsbooks are already offering XFL betting lines alongside their standard sports betting options. Here are some XFL betting sites that are highly reviewed in your area:

How XFL betting could be lucrative

The birth of a new league is an extremely exciting time for bettors willing to put in the work. XFL betting is in its infancy, meaning that even the bookies don’t fully know what to expect yet. And with the NBA, NHL, and college basketball still in full swing, most NJ sportsbooks aren’t going to spend a ton of time and resources on studying the XFL to craft the perfect betting lines. Most XFL betting sites will simply be following the market when setting lines.

This gives XFL fans that study the game a distinct edge that they won’t be able to find in a league like the NFL or NBA that sportsbooks have linemaking down to a science in. There are only eight teams to study and four games a week to watch. Learning the ins and outs of these eight teams early in the season could pay huge dividends in the second half of the season, especially as your preferred sportsbook is distracted with the NCAA Tournament in March and late-season NBA action in April.