How to bet on New Jersey college teams

How to bet on New Jersey college teams

NEW JERSEY has a wealth of great sporting teams, especially at the collegiate level and we’re picked out the teams for bettors to follow.

More synonymous with the Ivy League-type schools, New Jersey includes the prestigious Princeton University and Monmouth University. Bettors might not think these schools could be profitable across the football and basketball programs, but they’re just as profitable as the likes of Ohio State and Alabama.

Whether it’s football, basketball, baseball or even golf, the following universities will give bettors a great chance of returning a profit in the upcoming season. 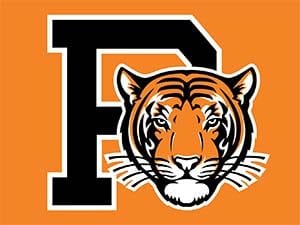 It might come as a surprise to many bettors that the Princeton Tigers are the most successful college football team in history.

The Tigers have won 24 national championships and although they currently don’t compete in the first division bracket, they still compete well against other Ivy League schools across the country.

With a career record of 796-370-51, the Tigers are one of the most successful teams for bettors. A .675 winning average is enough to see a positive betting turnover and the 11-time Ivy League champions continue to perform well in the football sector.

Its all-time record consists of 1,671 wins and 1,044 losses and there have been some successful seasons in recent history. Consistent performers in the Ivy League, Princeton have gone 113-59 under coach Mitch Henderson and they currently have two alumni in the Basketball Hall of Fame (Bill Bradley and Pete Carril).

NBA teams often picked Princeton players for the NBA Draft during the 1970’s and 1980’s, but no Tigers player has been selected for the NBA since Bill Ryan and Kevin Mullin in 1984.

Princeton usually hovers around the +10000 line to win the NCAAB title.

Bettors can also dip into the college golf markets where Princeton are typically strong. The Tigers golf team have won 12 national championships and there are currently two Princeton players playing on the PGA Tour.

Rutgers is considered the “Birthplace of College Football” after hosting the first game against Princeton, but it hasn’t had much success since.

One of the worst teams in the FBS, Rutgers have struggled to gain any momentum in the sport, but they still remain a solid play for points spread bettors.

The Scarlet Knights are often tough to beat come bowl season and bettors shouldn’t forget the famous 2006 season where they defeated the third-ranked Louisville Cardinals as an unranked team.

Finishing the season at 11-2 after beating Kansas State in the Texas Bowl, the Scarlet Knights capped off their most successful season in their history and that team included the likes of Ray Rice and Mike Teel.

College bettors will know that the strength of Rutgers University is with its basketball program.

A consistently capable side, the Scarlet Knights have been to the final four and it has also played in the NIT Final against the Michigan Wolverines.

At the time of writing, Rutgers is undefeated in the NCAAB season and bettors have seen a significant positive return on income backing the Scarlet Knights.

Football might not be the primary focus of the Monmouth University, but it has a winning record and numerous NFL players.

Playing on a field that hosts only 4000 people, Monmouth isn’t like other football-based universities, but there have been six current or former NFL players come from the prestigious school.

New York Jets tight end Neal Sterling also plays in the NFL and the now retired Miles Austin, who played in the league for 10 seasons (Dallas Cowboys) is the most famous player to come out of Monmouth.

The basketball program doesn’t pretend to be a country leader, but they have been good enough to make it to three Division 1 Tournament’s in the last 17 years.

Losses to Marquette, Duke, Mississippi State and Villanova have seen Monmouth exit early in the tournament, but that’s to be expected.

A solid team for bettors throughout the year, the Hawks are typically playing against inferior opposition and the MAAC Conference isn’t overly strong.

The Hawks are proud of their baseball team which has been coached by Dean Ehehalt for the last 21 seasons.

Winners of nine conference championships, the Hawks are consistent front runners in the MAAC conference. Although college baseball isn’t one of the most popular sports for bettors, Monmouth are a team to follow.

Basketball is the primary sport for the Seton Hall Pirates and it has a huge following with bettors.

The Pirates finished second in the 1989 NCAA Tournament and it has since finished in the Sweet Sixteen on three occasions.

Seton Hall has been the home for many top quality players around the world. No.7 pick Eddie Griffin was taken in 2001 and Isaiah Whitehead was taken in the second round in 2016.

Australia’s Andrew Gaze also played for the Pirates before having a successful career in the NBL where he played for the Melbourne Tigers and subsequently became the coach of the Sydney Kings, where many American players feature.

Seton Hall remains one of the most popular betting teams in all of college sports.