NFL betting is popular across the United States, and New Jersey is no different. Since legalizing NFL betting in 2018, New Jersey has seen thousands of players get in on the action with millions of dollars being wagered on a weekly basis. You probably already have friends and coworkers that are making NFL bets every Sunday.

Whether you are a season NJ NFL betting veteran or a beginner who has never partaken in NJ NFL sports betting and is interested in learning, we’ve got you covered. In this primer, we’ll give you everything you need to know to get you started, from which NFL sports betting sites are legal and preferred in New Jersey to some expert tips on how to start making money on your NFL bets. Experienced sports bettors can skip ahead to the strategies section, but for those of you that are just getting started, let’s go over the basics. 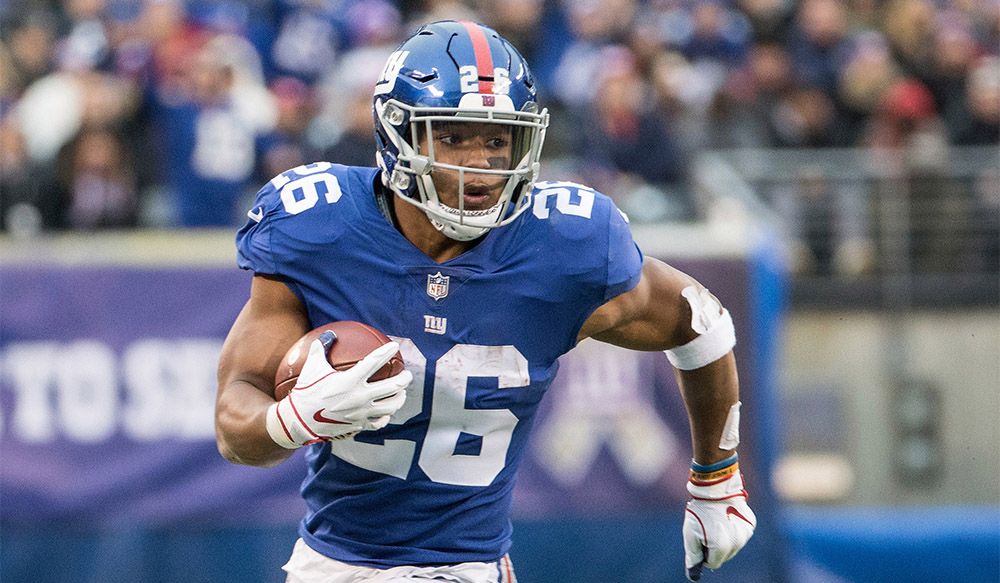 Say that the New York Giants are playing the New England Patriots this weekend, and you want to bet on the Giants. A straight even-money bet wouldn’t be a fair proposition to you; you may be confident in the Giants pulling off the upset this Sunday, but you understand that it’s a less likely outcome than a Patriots win. Simply betting $100 to win $100 would be giving the person taking the Patriots an unfair advantage.

NFL Sports Betting Against the Spread

The Against the Spread (ATS) format is the most popular type of NFL bet. Sportsbooks designate a point handicap to even out the two sides, making it so that both sides can be bet at the same price without one side being at a major disadvantage.

The spread is different on a game-to-game basis, and is set based on the perceived skill difference between the two teams as well as other factors like home field advantage and weather.

NFL Sports Betting on the Moneyline

But let’s say that you are so confident in the Giants this week that you want to bet on them to win outright. This is called a moneyline bet; a wager that is simply on which team will win, without any point handicap (the spread) applied. To even the score on moneyline bets, sportsbooks charge a premium for betting favorites and offer favorable payouts for betting underdogs.

One more popular type of bet in the NFL is totals betting, also referred to as an “Over/Under” bet. When it comes to totals, the sportsbook sets a line that serves as the total number of projected points between both teams. Bettors can place a bet on whether the actual total score will go OVER or UNDER the posted total.

For example, say that the New York at New England game has a posted total of 49 points. A bet on the “OVER 49” will pay out if the two teams combine to score more than 49 points, like a 31-24 final would be 31+24 = 55 points, over the posted total. A bet on the “UNDER 49” would pay out of the combined score of the game stays below 49 points. If the game ended with exactly 49 points, it would be graded a push and the bet would be canceled.

It doesn’t matter who wins or who loses when betting totals, only what the final combined score is. This is a great option for New Jersey NFL bettors who sense that a game will be a shootout or a defensive struggle but aren’t sure which team is going to win.
NFL Betting: Strategies to Improve Your Game

Honing your NFL betting strategy is an important factor in walking away a winner in the long run. Any NFL bettor can fluke a big win, but there is a real craft in coming out ahead over a long period of time. Some of the key betting strategy tips for the NFL are:

Not All Home Field Advantages Are Created Equal

It is important to consider home field advantage when you are handicapping an NFL game. After all, home teams have historically won about 55-60% of their games in the league. But against the spread, home teams usually finish right around 50-50, so blindly betting on home teams isn’t going to work. You have to dig a little deeper.

An obvious place to start is to look up betting trends on how a team actually performs at home, both straight up and against the spread. Some teams perform a lot better at home than others, due to a number of factors including skill, crowd noise, weather, and more.

But on a week-to-week basis, there are other NFL trends to look for as well. Is a team playing in its second or third home game in a row, meaning the players have had the chance to sleep in their own beds, practice in their own facilities, and avoid the annoyance of travel for the last few weeks? Is a home team on the East Coast hosting a road team from the West Coast that will be losing three hours on the trip? Spots like this, among others that you can deduce and test, often yield more favorable results than just taking random home teams will.

Look Out For Potential Letdown Spots

As a New York Jets and New York Giants fan in New Jersey, you’ve got to pick your spots wisely when betting on your favorite team as an underdog. The best way to do this, with these teams and other underdogs, is to look for potential letdown spots for the favorite.

One obvious letdown spot for a betting favorite is the “sandwich game theory”. As an example, say that the Dallas Cowboys are coming off of a huge upset win on the road over the New Orleans Saints, and that this week they are playing a struggling New York Jets team. Next week, they have a home game against the Philadelphia Eagles on tap for first place in the NFC East.

Can you see why the Jets could be dangerous for the Cowboys in this spot? They are just coming off of an emotional win (which likely drained their energy), and human nature might have them looking ahead to next week’s big game against Philadelphia. This could be a spot that Dallas brings less than its best effort against the Jets, making New York a good bet as a home underdog.

Another potential letdown spot is when a team is coming off of two, or especially three, straight division rivalry games. Divisional matchups are often a lot more intense and physical than out-of-division games are. After two or three of these in a row, a team might have trouble getting up for a game.

Before betting your hard-earned money on a team, analyze the schedule for potential letdown spots. They can save you money with a no-bet, or potentially make you money if you bet on the other side. 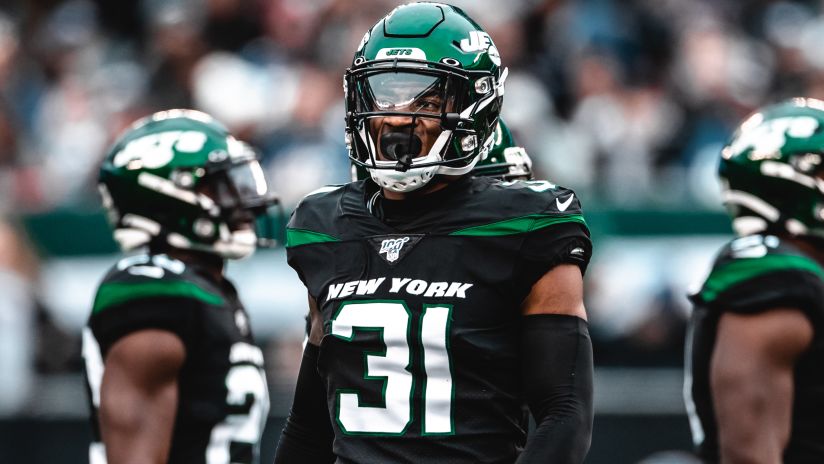 Parlaying a Team and Total When They Seem Connected

A parlay is a type of wager in which you can combine two or more bets into one wager. To cash, every leg of the parlay must win; so on a three-team parlay, having two teams that win and one team that loses will result in the entire parlay being graded as a loser. Parlays are harder to hit than standard bets, but that added risk leads to higher payouts. A two-team parlay with two -110 sides generally pays out +260 (bet $100 to win $260).

Let’s say you handicap a game between the New York Giants and the Kansas City Chiefs, and the Giants are 6-point underdogs. You believe that the Giants can keep this one close, but only if they are able to score a lot of points to keep up with the Chiefs. You don’t see them ever holding the Chiefs below 28 points, so you are counting on the Giants to score into the high 20s as well.

In a situation like this, instead of just betting on the Giants +6, why not parlay it with the OVER on the game total? Sure, you will lose the parlay when you would have won the bet if the final score ends up being 10-6 Kansas City, but this isn’t how you have it handicapped. If you feel strongly that your side can only win if a certain high-scoring or low-scoring scenario plays out, parlay it with that side of the total.

Consider Betting on Halves and Quarters

The NFL spreads, moneylines, and totals we have discussed that are usually bet on whole games can also be bet on a smaller scale thanks to half betting and quarter betting. For example, if the New York Jets are -4 favorite at home against the Miami Dolphins for the game, they might be going off as -2 favorites on the first-half line.

First-half or first-quarter betting is also great for when you expect one team to get off to a slow start, but don’t trust the other team to hold on for the win and cover for the entire game. There are a number of other times these types of bets come in handy; remember that you have them at your disposal.

Now that you know how to bet on the NFL and have some strategies to help you win, it’s time to get started. Here are some reputable New Jersey betting sites that you can use to place your wagers. Each of our NFL sportsbooks are reviewed in full, with these accessible from the list below.

While all of these NJ sportsbooks will work for your basic sports betting needs, they each offer different interfaces, betting lines, and bonus structures. Don’t hesitate to check them all out to see which one is the right fit for you. Depending on your bankroll, you may even decide to deposit at more than one New Jersey NFL betting site to give yourself different betting lines and options to choose from. But wherever you decide to deposit, we wish you the best of luck on the gridiron.