The nine casinos in Atlantic City have finally come to terms with Local 54 of Unite Here, the union for casino workers in the city. The new agreement will last till May 2026, and will see a housekeeper earn around $18-$22 an hour.

Resorts and Golden Nugget were the only casinos that hadn’t reached an agreement with the union. But after a sit down with Local 54 last week, the two casinos joined the other seven to reach an agreement.

The union’s fight this time around was for improved pay, as opposed to its previous focus on health care and pension benefits for casino employees in the city. The demand became necessary due to the hike in prices of daily commodities and other living costs.

Local 54 union president Bob McDevitt said he was pleased with the outcome of the decisions reached.

“It’s gratifying after long and difficult negotiations for each side to feel that it has been successful,” he said.

“The future of the city is secure, the leadership of the industry is sound, and Local 54 will always fight for the rights of workers.”

With the labor crisis sorted, the casinos in Atlantic City will enjoy four years of peace as they continue to recover from the effects of the COVID-19 pandemic.

“We were one of the final casinos that was approached for negotiations and we are proud it was a swift and amicable agreement,” he said.

“We are excited to be moving forward together and focusing on the quality and level of service that customers have come to expect from the Golden Nugget.”

In the same line, Resorts president Mark Giannantonio noted that the deal favours both parties.

“We’re really thrilled for the employees. They’ve been working really hard for us, and now we’re happy we can put this behind us and move forward with our business.”

Resorts and Golden Nugget were the last casinos to reach an agreement with the Local 54 union. Borgata, Caesars, Harrah’s, Tropicana, and Hard Rock were first to agree to the terms. Two other casinos, Bally’s and the Ocean Casino Resort, had initially made it clear that they would agree to any terms reached by the industry leaders in New Jersey.

Some of the details of the agreement include continued family health care and pension benefits for casino employees.

Nikki Schwandmann, a feast server at Borgata, insisted that the new deal will make life easier for casino workers.

“I’m extremely amped up for this success,” he said.

“It’s a merited development for servers in our industry, and it will make our lives such a ton simpler over the course of the following couple of years.”

Borgata and Hard Rock are the largest employers in Atlantic City, with 4,300 and 3,700 workers respectively. Ocean Casino occupies the third position with 3,100 employees. 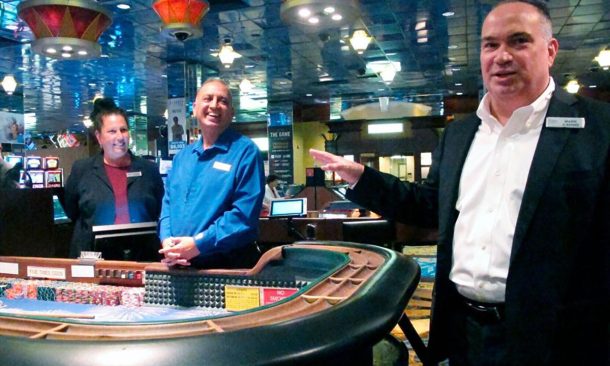